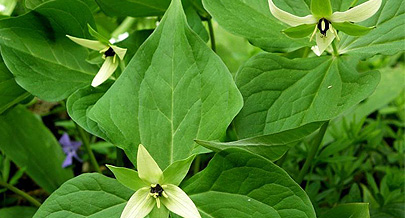 The Crystal Lake & Watershed Association was formed in 2004 by the merger of the Crystal Lake Association and the Crystal Lake Watershed Fund. Both these organizations had their roots in a long series of local citizen groups going back to the 1950s, when increasing development around the lake began to raise concerns about maintaining the special quality of the water and environment.

Throughout the decades, group initiatives were spurred by recognition of threats such as inadequate septic systems, growing motorboat and automobile traffic, potential property sales for large scale commercial use, and use of fertilizers and pesticides in the watershed.

Today’s CLWA sustains a legacy of over fifty years of water quality testing, an invaluable body of data that both reassures our community of Crystal Lake’s essential health and also serves as an early warning of changes that must be addressed. Monitoring the condition of the lake and its surroundings remains at the core of CLWA’s purpose.

The CLWA’s mission remains the same as envisioned by its predecessors over a half century ago — preserving and protecting the beauty, natural qualities and recreational resources of Crystal Lake and its watershed on behalf of all its stakeholders throughout the region, now and for the future.