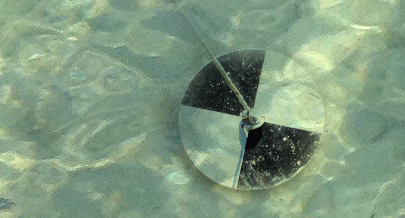 A Secchi disk tests whether the lake remains “crystal clear.”


Crystal Lake is one of Michigan’s cleanest lakes. The CLWA is dedicated to insuring that it stays that way.

Crystal Lake is an oligotrophic lake, meaning that it has relatively low levels of plant nutrients and phosphorus, and contains abundant oxygen in the deeper parts. Human activity can increase nutrients in the lake and drastically change its ecosystem, including the growth of algae and the lowering of oxygen levels that sustain aquatic populations such as trout. Common sources of nutrients include deficient septic systems, fertilizer and pesticide runoff, plant and animal debris.

The best strategy is to vigilantly protect the lake from pollution, since it is almost impossible to restore a lake once it has been degraded. Changes due to natural processes, such as climate change, may also be observed.

The CLWA and its predecessor organizations have been conducting comprehensive water quality monitoring for almost 50 years. Crystal Lake continues to be a relatively stable, healthy lake. Long term trends indicate that total phosphorus has decreased and transparency has increased. While already a low nutrient lake, since monitoring began the data show that nutrients have decreased even further.