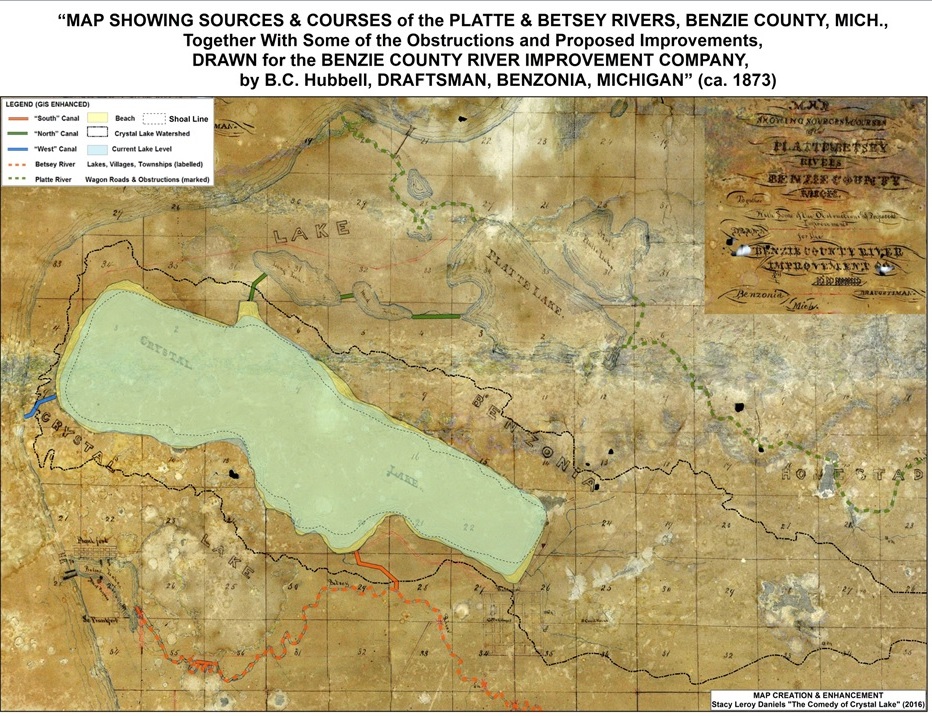 The chronology of the Crystal Lake Watershed extends from the present day (Holocene epoch) back to the extensive glaciations of several million years ago (Pleistocene epoch). Many advances and retreats of the glaciers across Michigan formed and reformed the Great Lakes over geologic time (Quaternary period). Levels of the large glacial lakes rose and fell by several hundreds of feet. Crystal Lake was a bay of Lake Michigan until about 2,000 years ago when it was finally became separated as the prevailing westerly winds created sand dunes to complete the embayment.

The Crystal Lake Watershed has always captivated the imagination of all who walk about it. Beginning with the early explorations of Frs. Marquette and Charlevoix, the land survey of the Burt brothers, Alvin and Austin, the geological surveys of Douglass Houghton and Henry Schoolcraft, the environmental studies of Henry Chandler Cowles, William James Beal, Warren Gooklin Waterman, Irving D. Scott, and James Lewis Calver, and the prose of Walter B. Case and Bruce Catton, it has continued to the present day. The Crystal Lake Watershed contains many diverse, but hydrologically intertwined ecologies and unique environmental niches, including active sand dunes, forested heights, wetlands, tributaries, and a large deep inland lake connected to Lake Michigan. Crystal Lake, with its immense body of pristine water of exceptional clarity, mixed sandy and rocky nearshore perimeter, sandy shoreline, deep marl bottom, and high-ridged vistas, captivates all who view it.